10 Steps to Attract the Life You Want

“What you seek is seeking you.” – Rumi

If I told you that you could create the exact type of circumstances you want, would you call me crazy?

…but those around you as well?

Philip, a call center worker from the Philippines certainly didn’t think so. He dreamed of moving overseas so he could secure a better life and provide for his family.

But at every turn, his own mind shut down every opportunity he thought of.

For instance, Philip considered seeing an immigration consultant, but he either “didn’t have the time” or “couldn’t afford it”.

So, he resented his situation and cursed himself (and the world) for his “bad luck”.

He didn’t realize that the real culprit was his mindset – not his circumstances.

And it seemed like the more he ruminated, the more bad things happened.

Thus, he kept feeding the cycle of being stuck in a rut and feeling bad, trapping him even more.

That was, until his aunt Sara introduced him to the Law of Attraction.


Before she moved to California, Sara had been close with Philip and treated him like a son.


She had her own share of struggles finding greener pastures abroad, but she applied the principles from the Law of Attraction to overcome them.


So she sent a few books on the topic to Philip through Amazon so he could gain the clarity to turn his life around.

But the reality is that it’s surprisingly easy to get started. You just need to follow these 10 Super Simple Steps to Attract Everything You’ve Ever Wanted:

The first thing you should learn about the Law of Attraction is that it operates on energy.

YOUR energy, to be exact.

Everyone has a different kind of energy they bring into the world, and it affects them in ways they often don’t see or appreciate.

The secret lies in the FREQUENCY of a person’s energy – and you need to raise yours in order to change your life.

Think of your unique energy as a sort of gas that fills the space of your reality. Whatever “gas” or “energy” you pump out into your immediate space will define your existence.

Viktor Frankl, a psychiatrist and Holocaust survivor, said this in his book, “Man’s Search for Meaning”:

“To draw an analogy: a man’s suffering is similar to the behavior of a gas. If a certain quantity of gas is pumped into an empty chamber, it will fill the chamber completely and evenly, no matter how big the chamber. Thus suffering completely fills the human soul and conscious mind, no matter whether the suffering is great or little. Therefore the “size” of human suffering is absolutely relative.”

So if you want to invite great things into your life, you need to set the stage first. And you can do that by leading with the right energy.

That’s why being grateful and appreciating what you have is powerful way to recalibrate your frequency.

Most folks hold off on feeling this way for AFTER they get what they want. But that’s putting the cart before the horse, as the saying goes.

When you LEAD with gratitude, it will act as the precedent for everything good that follows.

What I like to do is start of my day by making a list of things that I’m grateful for. If I miss anything, I save it for later and update my list at the end of my day.

And when I go over my list during the weekend, I’ll see exactly how much good stuff I’ve accumulated.

This creates a kind of snowball effect and helps me attract even MORE good stuff down the road.

This can be a challenge for some people if they feel like there isn’t enough to go around.

Again, this is the Law of Attraction at work.

Try offering your time, talents and material wealth to those who need it – you’ll soon invite blessings without even trying.

What I find amazing about kids is how powerful their imaginations are.

When they role-play with other children, you can see in their eyes how REAL their games are to them.

This is something that’s lost on grown-ups, and it’s important to recapture that ability to envision the kind of reality you want.

The Universe likes to play games with us- the better you are at visualizing, the more you’ll be rewarded.

Like I said, a certain type of energy attracts a certain kind of reality.

So if you focus your energy and thoughts on that dream job you want or the car you’ve always wanted to drive, you’ll raise your frequency to ATTRACT those exact things.

When the bad times roll in and you feel like dirt, sometimes it’s better to step aside and let it run its course.

Having negative thoughts and emotions are totally normal, but you don’t always have to wrestle with them.

You can simply acknowledge what’s going on in your inner world – then CHOOSE to keep moving forward anyway.

Let this negative energy pass through your system like bad case of gas. The sooner you let it do its thing, the quicker you can get back to what you were doing.

(Sorry for the fart analogy, but it get the point across, doesn’t it?)

It’s good to have a daily routine in your life, but not at the expense of your personal development.

Most people are so set in their ways that they’re afraid of the thought of doing something new.

Then they complain about their humdrum lives, or that some folks “have all the luck.”

Breaking out of your comfort zone is never an easy thing, but it’s a step worth taking.

No matter how loaded your schedule is, find some chunks of time to do things that will help you grow.

Whether it’s taking an online course, joining a community, or taking up a hobby, this is a powerful way to attract new and exciting things in your life.

There are people who seem hell-bent on pulling others into their world of misery.

Whether they’re trying to lessen their own pain or simply enjoy doing it, you need to steer clear of them.

Instead, choose people who will have the opposite effect on your psyche. Not only does a person’s energy attract circumstances, it’s also CONTAGIOUS.

So make sure you hang out with the people who’ll inspire you to achieve greater things – and not bring you down with apathy or inaction.


Step #7: Give yourself permission to succeed

Most of the world’s most brilliant people were put down in some way.

Somewhere along the way, someone told them they’d “never make it” or were “destined to fail.”

In your own life, certain people have tried to discourage you in some way.

They might have tried putting you down when you were growing up – or it could have been last week.

What’s important is that you understand that NO ONE can put labels on you.

And more importantly, they can NEVER give you permission to achieve what you want in life. You need to do that for yourself.

Don’t let their words define your “story”. You don’t have to fit whatever petty narrative they’re trying to force on you.

Instead of feeding into the lies that people tell you, let this be the day to start living your truth.

Create statements that embody the truth you choose to be, AND to live in.

People do this all the time.

When Elon Musk tried to launch the world’s first privately owned rocket and failed, he told himself, “I’m going to try again, and I WILL get that thing into orbit.” (Well, maybe not exactly like that, but you get the point.)

And so his company SpaceX went back to the drawing board and got it right after the third attempt.

Elon affirmed his truth and it manifested into reality. In the same way, you can choose to affirm whatever truth applies to you.

Be honest with yourself and acknowledge the things that TRULY matter to you.

You know it, and the Universe knows it.

The key is to repeat it yourself every day. For example, if you know deep in your heart that you want to make a better life for yourself, you can say something like this:

“I may be struggling right now, but I know deep inside that I have what it takes to improve my life. I see myself transforming into a happier, wealthier person who makes other people’s lives brighter.”

When you operate from even the tiniest shred of truth, you can grow that into a powerful force over time.

Here’s something most people don’t know about the Law of Attraction: before you can enjoy success and find true happiness, you need to crash and burn.

It’s better to go after what you want and risking failure rather than playing it safe and not trying at all.

To create order in your life, you’ll have to embrace the chaos that comes before it.

This is where you’ll find the real lessons, even if they hurt a little.

Think of yourself as the beautiful Phoenix, like in the legends.

Imagine burning off bits and pieces of yourself that you don’t need. As you rise from the ashes, you’re reborn into a NEW YOU.

That’s evolution. It may be an imperfect and unpleasant process, but the results are worth it.

People don’t realize that their greatest roadblock is none other than their own mindset.

They may say they want something to happen, but don’t REALLY mean it.

For instance, someone might want to lose weight, but they don’t want it bad enough.

Worse, they might not actually believe they can shed those pounds. A part of them refuses to acknowledge the faintest possibility of it happening.

This is pretty much why people NEVER attract the things they want in life.

In order to remove this barrier, you’ll need to change something inside you.

You need to dig deep and understand WHY you don’t want it as much as you say you do.

Are you scared of suffering through the process of getting what you want?

This is what turns most people off – they simply can’t process the discomfort involved with growing up.

At the same time, you need to deal with the reasons why you think that your desired reality is impossible.

It could be some deep-seated beliefs brought about by past events, or experiences growing up.

Once you sort this out, you’ll be free to do what you want without any pre-programmed beliefs holding you back.

Now, these ten steps we just talked about will get your foot in the door. Once you start doing them regularly, you’ll experience remarkable breakthroughs you didn’t think were possible.

But if you want to witness even MORE changes on a massive (or even cosmic) scale, you need to check out my FULLcourse called Manifestation Miracle.

Like the name suggests, I enjoyed nothing short of a life-changing revolution not too long ago.

In a lot of ways, my situation was the same as Philip’s. I worked myself to the bone and felt unfulfilled.

I was trapped in my soul-crushing career. Even though I needed the money, I HATED having to put up a hollow appearance of a happy, successful businesswoman.

Author: Nataly
Filed Under: LAW OF ATTRACTION
Boost Your Love Life With A SIMPLE Prayer
Why You’re Not Getting What You Want In Life (And What to Do About It!) 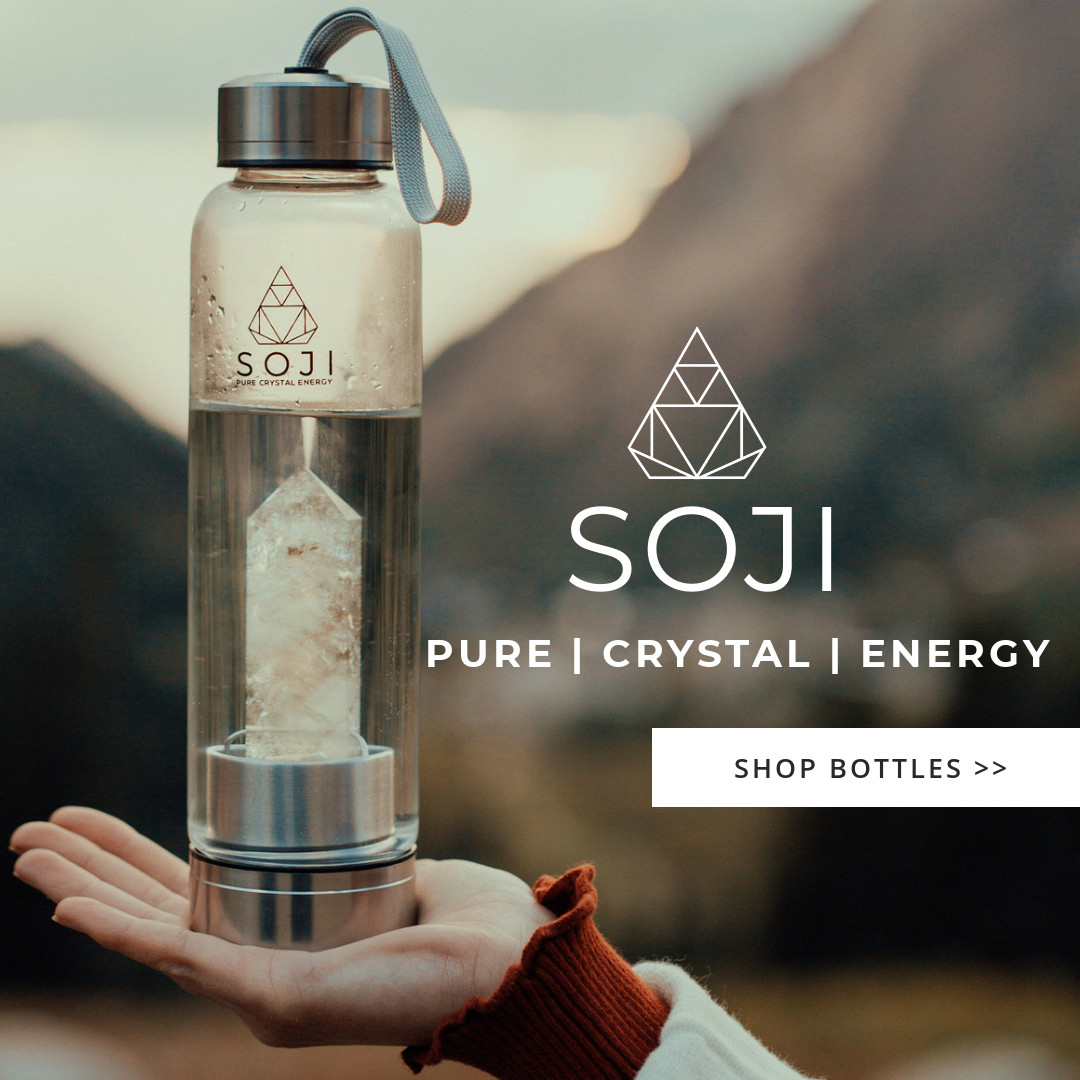